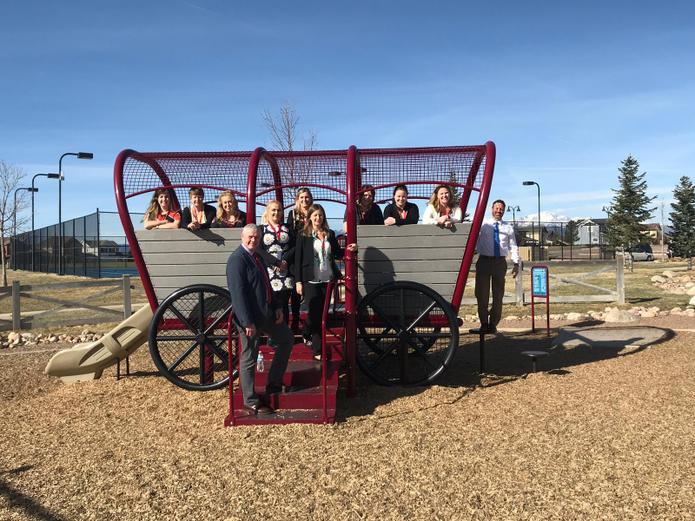 In the Spring of 2019, Aurora's relationship with sponsor, international education specialist, Pansophic, enabled a teacher exchange to take part. As the report outlines below, this was a huge success and was planned to be repeated in the Spring of 2020. While unfortunately this was cancelled due to the Coronavirus situation, Aurora has every intention of further developing teacher exchange opportunities in the future.

The exchange took place with Banning Lewis Ranch Academy in Colorado, USA. The school serves 750 pupils from kindergarten to fifth grade (equivalent to our primary schools) in the shadow of the Rocky Mountains and is operated as a charter school by Pansophic Learning, Aurora’s sponsor. A party of nine teachers from Banning Lewis made the trip to the UK in March 2019 and were hosted by teachers from four of Aurora's academies - Oakwood, King Offa, Heron Park and The Gatwick School. As well as experiencing our schools and classrooms first hand, they also had the opportunity for sightseeing in Sussex and London during their stay including dinner in a traditional pub and afternoon tea by the river Thames. 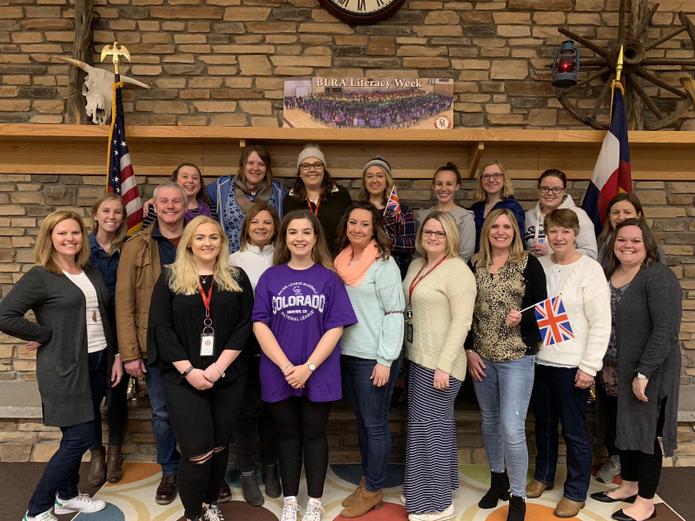 Jen Hepworth, one of the US teachers, commented: “My three days at King Offa were absolutely fascinating. I was blown away at how many things were similar in the education field, half a world away. The staff were so welcoming and helpful the entire time. My class at Banning were able to write letters introducing themselves to Gwen’s class. Watching the excitement on their faces and exclamations of shared interests, melted my teacher heart.”

During the first week of the Easter holidays the UK group flew to Denver for the return visit. The group comprised eight Aurora teachers: Alison Pengelly from Heron Park, Gwen David, Chloe Harman and Charlotte Hedges from King Offa, Kirsty Canty and Sharon Meredith from Oakwood and Richard Keightley and Lauren Newman from Gatwick. Martha Burnige, one of Aurora’s trustees and Pansophic’s Executive Vice President completed the group. 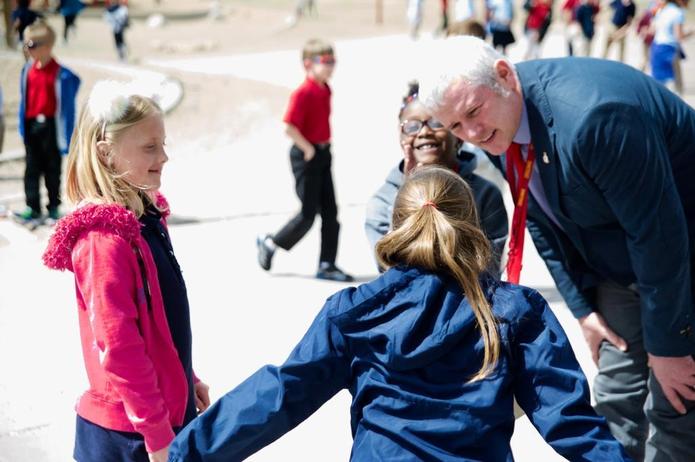 During the time at Banning Lewis the group learned about many aspects of the school including the “DOGS” (Dads of Great Students) who are parent volunteers and role models within school. The teachers were able to observe similarities and differences in classroom practice. Charlotte said: “I loved learning about teaching in different cultures and have taken some ideas to use within my classroom, such as Maths games to help children develop their team building and mental Maths skills.”

Some of the UK teachers had brought postcards from the pupils in their classes for the Banning Lewis children and some showed the children pictures of East Sussex including some of its famous castles and coastline. The American children had plenty of questions and wanted to know whether alligators lived in the castle moats and the names of the Queen’s corgis! Some of the group visited the high school campus where they met the team of School Counsellors (specially trained staff who deal with pastoral issues). 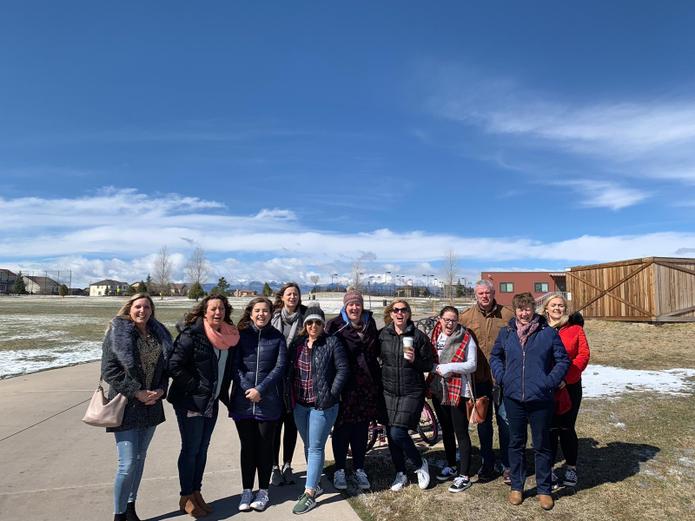 There was plenty of time for sightseeing also, including visits to the nearby US Olympic training centre and the Garden of the Gods national park. Eating was also an important part of the trip with highlights being a BBQ held at the Principal’s house and experiencing local breakfast specialities at the Denver Biscuit Company.

The feedback from the exchange was overwhelmingly positive. The UK teachers felt that it had provided valuable professional development and cultural opportunities and they enjoyed getting to know colleagues from different UK schools as well as those from Banning Lewis. Richard from Gatwick commented “Sharing ideas and thoughts about pedagogy, seeing that children are pretty much the same everywhere and having the opportunity to experience first-hand the wider trust and Pansophic community has been an incredible experience that I would recommend to any of my Aurora colleagues.”

Alison from Heron Park, created a presentation for her exchange class, all about Eastbourne. “They were surprised to learn about the relative sizes of the UK and the state of Colorado, and the closeness of England to France. They had not heard of the channel tunnel and were fascinated by the idea of it. I also told them a little about the Battle of Hastings.” 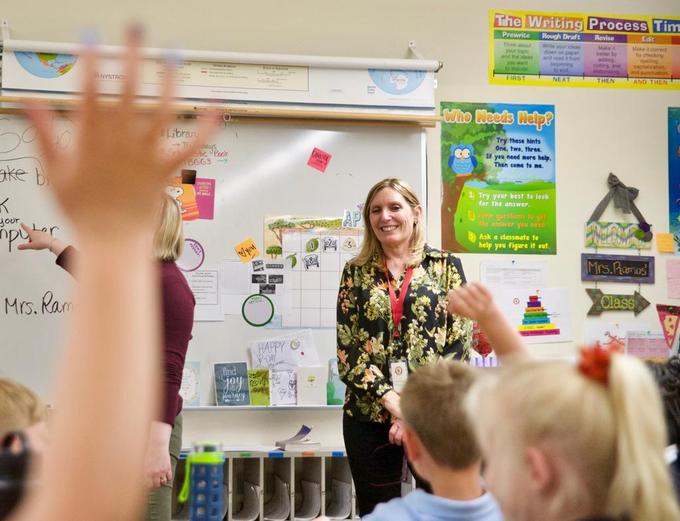 The staff were greeted warmly by Shannon, the Principal of Banning Ranch and Jen, one of her staff members. Staff enjoyed a tour of the school, which reflected its title, with high ceilings and ranch style décor. A highlight was the stunning school library, having a double sided, working fireplace, built with funds raised by the community. The school has an intercom system which means that broadcasting to all the school is easy. Each day begins with all staff and pupils pledging allegiance to the country by placing their right hand on the heart and facing the Stars and Stripes whilst reciting the pledge. A thought for the day follows with a reminder of the school’s values and aims.

The weather was incredibly changeable during the stay with the wind-chill being apparently -19 degrees; A huge contrast to the sunshine and 20+ degrees at the beginning of the week! Due to the possible weather issues, the state education authority had suggested a late start to the school day, so the UK party were only able to say a brief goodbye to the children before leaving school for the airport via a shopping mall. They assembled in the library with their exchange teachers for a final “Banning together” and to wish a heartfelt thank you to all concerned.

Alison concluded: “The experience was one I will never forget and I would like to thank everyone involved in it, particularly Martha who did a great job of organising everything, and our hosts who welcomed us into their homes, making us part of the family for the time we were there. We all had an amazing time, learned such a lot and more than anything, made friends for life, many of us promising to meet again in England and the USA.”

Aurora CEO Tim McCarthy said “Opportunities like this are what make Aurora special and help us to attract and retain the very best staff. I am glad it was such a success and look forward to developing ongoing links with Banning Lewis. The whole trip was financed jointly by Banning Lewis and ourselves; in our case via additional, external income earned through the facilitation of national education conferences by several Aurora Executive Team members throughout 2018-19”.

Unfortunately not the ones with chocolate chips.

Some cookies are necessary in order to make this website function correctly. These are set by default and whilst you can block or delete them by changing your browser settings, some functionality such as being able to log in to the website will not work if you do this. The necessary cookies set on this website are as follows:

Cookies that are not necessary to make the website work, but which enable additional functionality, can also be set. By default these cookies are disabled, but you can choose to enable them below: